Skip to Main Content
It looks like you're using Internet Explorer 11 or older. This website works best with modern browsers such as the latest versions of Chrome, Firefox, Safari, and Edge. If you continue with this browser, you may see unexpected results.

Welcome to the Arkansas Supreme Court Library's New Resources Guide. The Library has a research collection, available to anyone for use on-site during its public hours. Items are available for checkout to the Justice Building court staff. 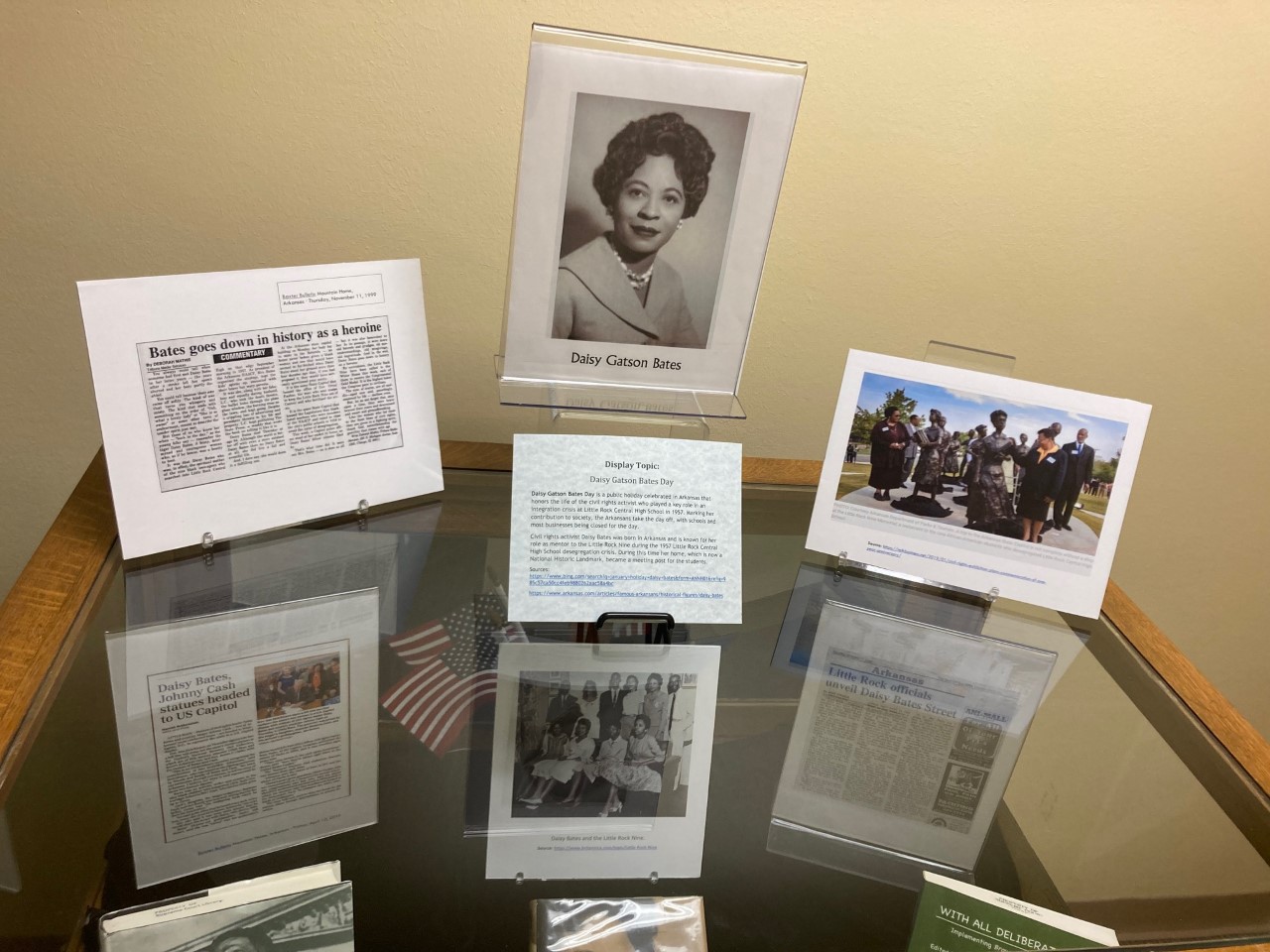 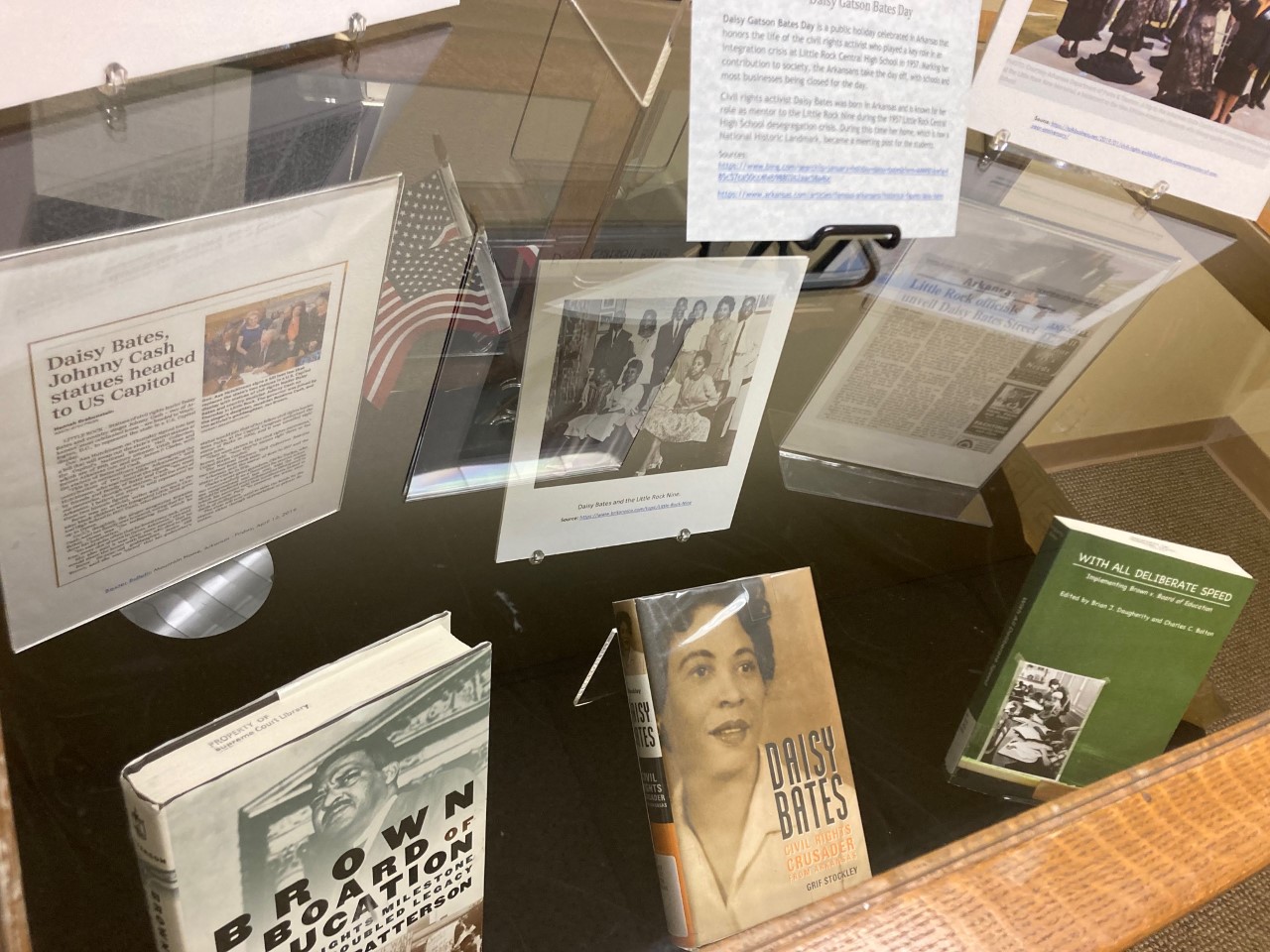 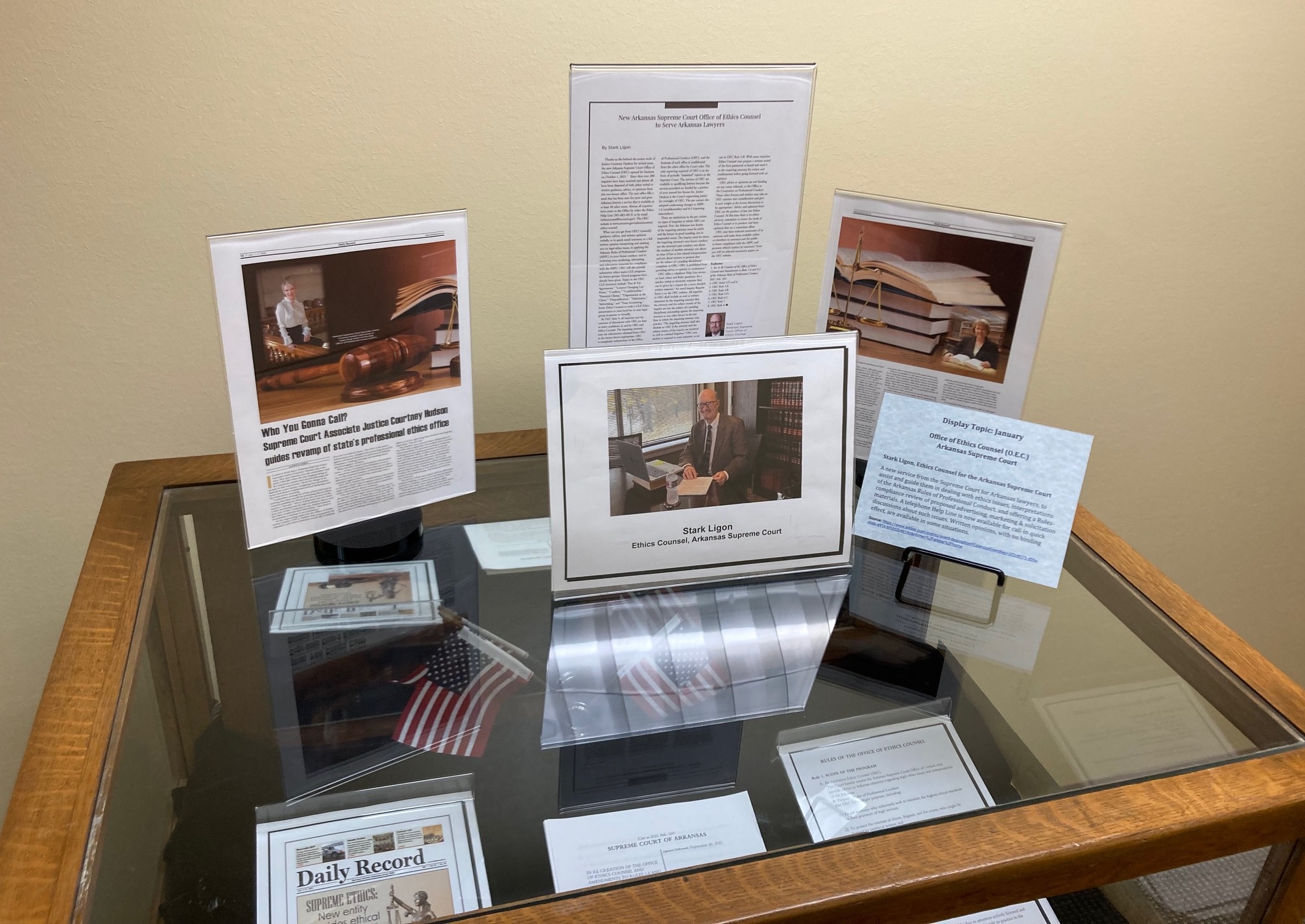 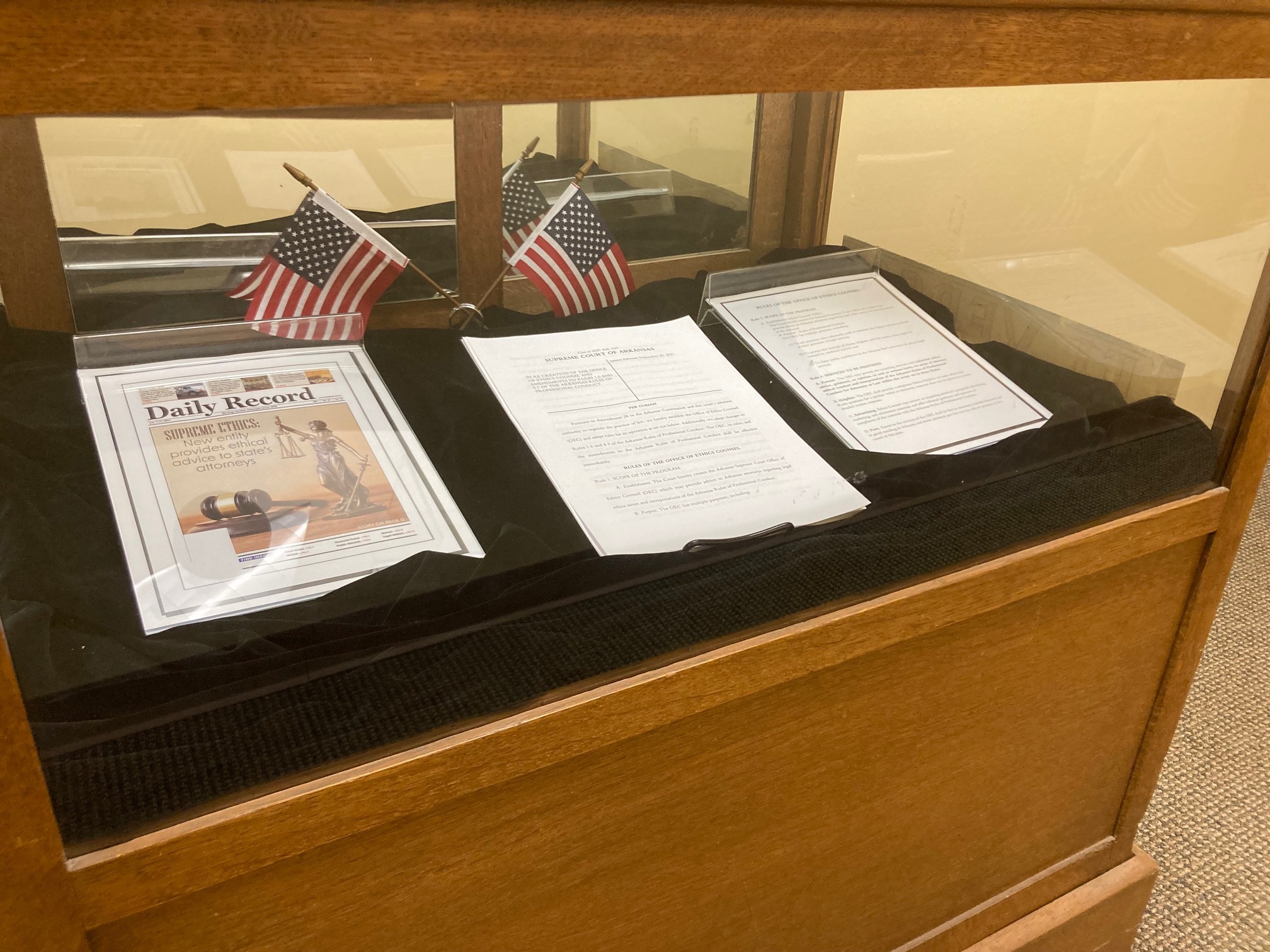 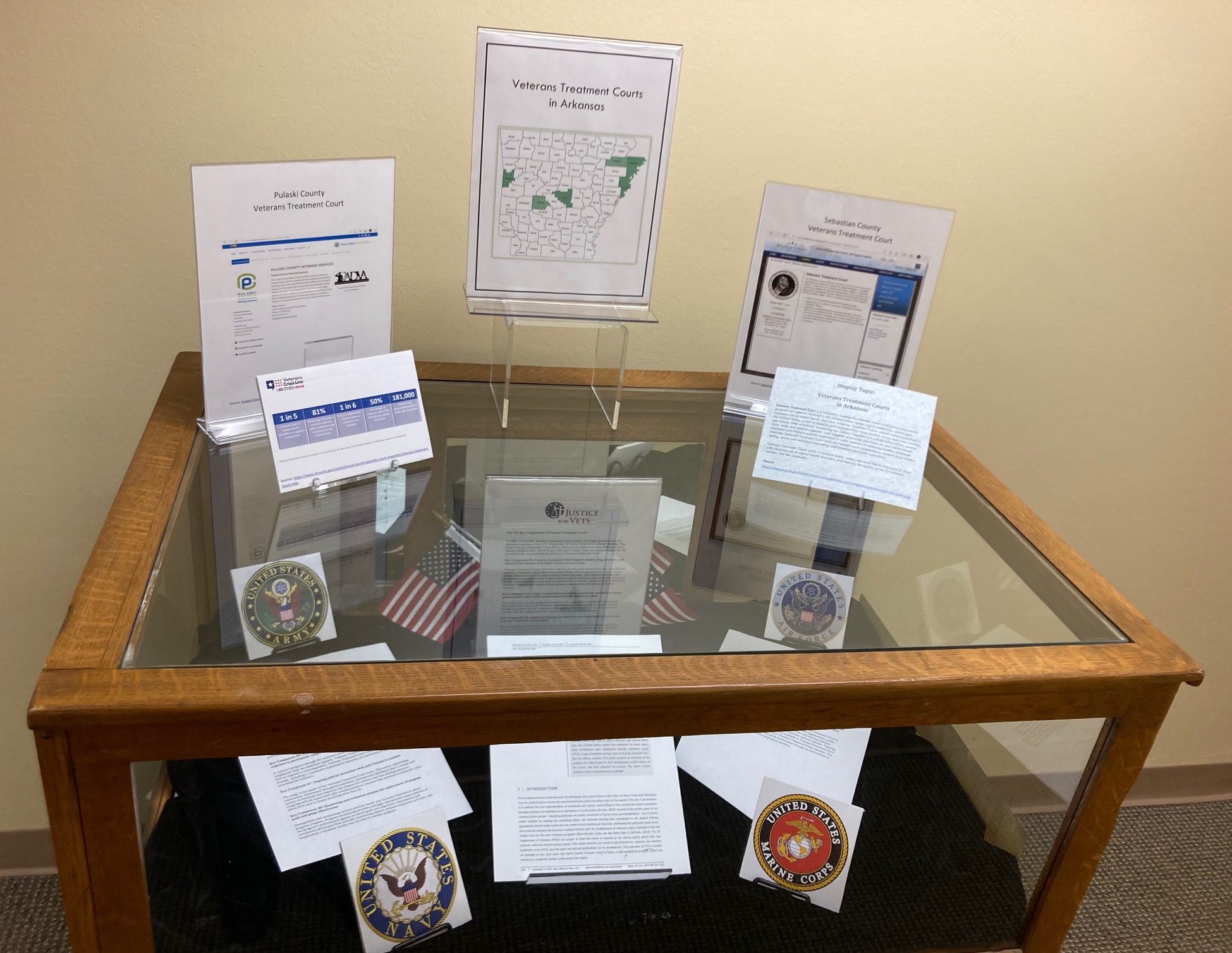 Veterans Treatment Courts strive to increase public safety, decrease the incarceration of those with substance use or mental health disorders, and improve the quality of life for veterans, families, and the community. 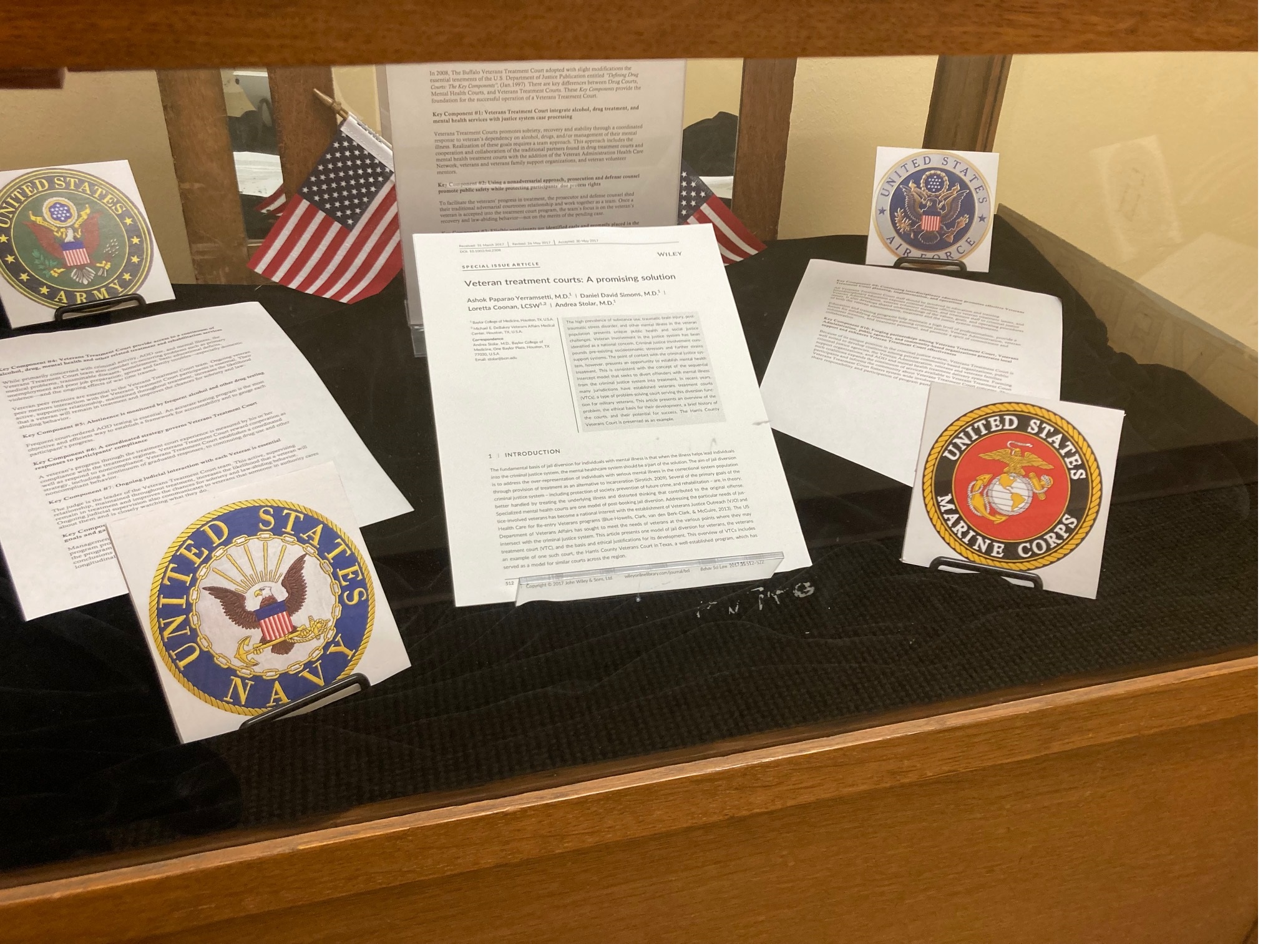 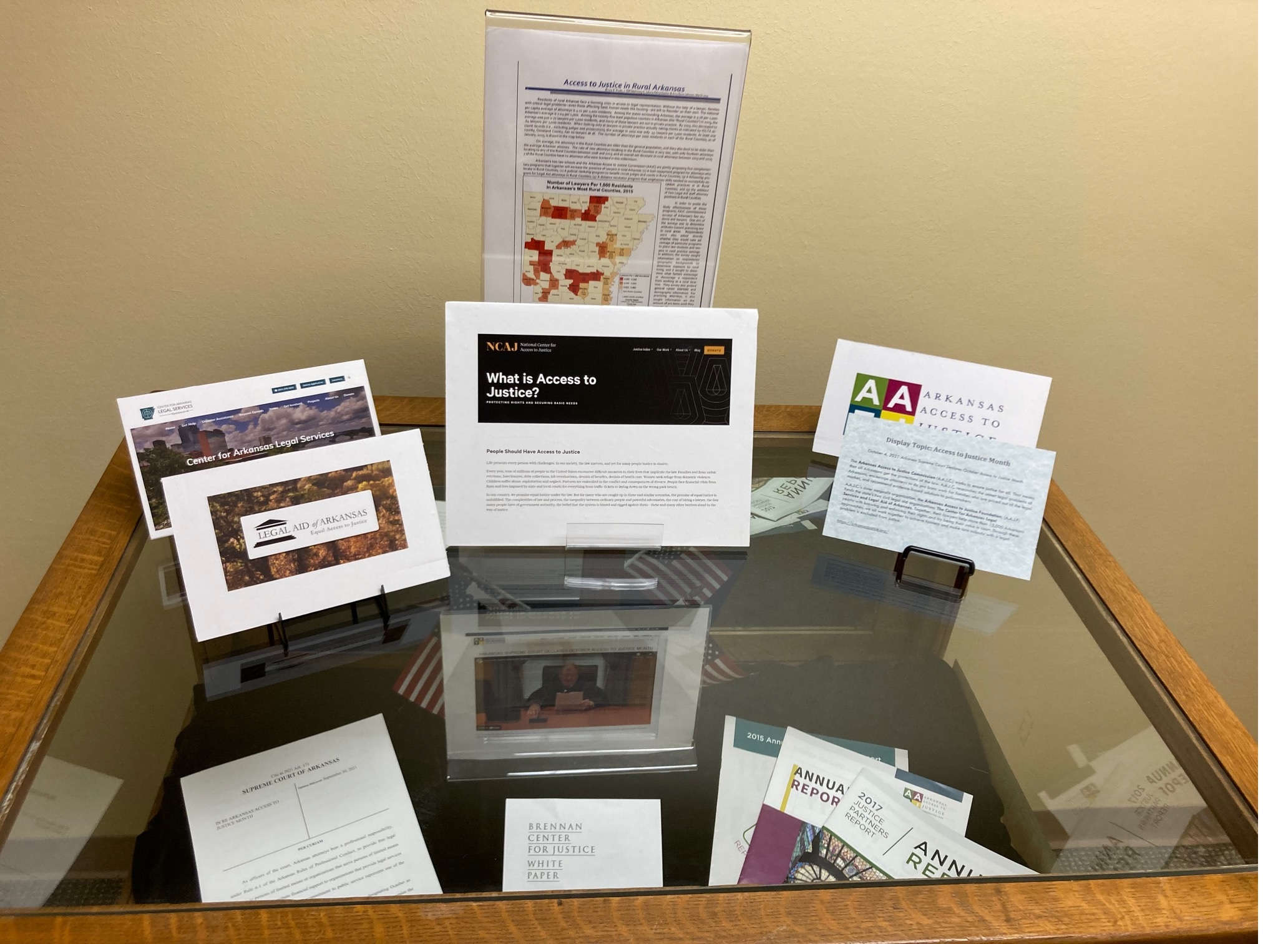 The Arkansas Access to Justice Commission (A.A.J.C.) works to ensure justice for all. That means that all Arkansans get the protections of the law. A.A.J.C. researches the unmet legal problems of Arkansans, encourage attorneys to do pro bono work for families who are priced out of the legal market, and recommend evidence-based solutions to policymakers.

A.A.J.C.’s sister nonprofit organization, the Arkansas Access to Justice Foundation, (A.A.J.F) funds the state’s two civil legal aid organizations: The Center for Arkansas Legal Services and Legal Aid of Arkansas. Together, their lawyers help more than 13,000 Arkansans yearly with knowing and enforcing their rights and by being their voice in court. Through these approaches, we all work together to achieve fairness and make sure nobody with a legal problem is excluded from justice. 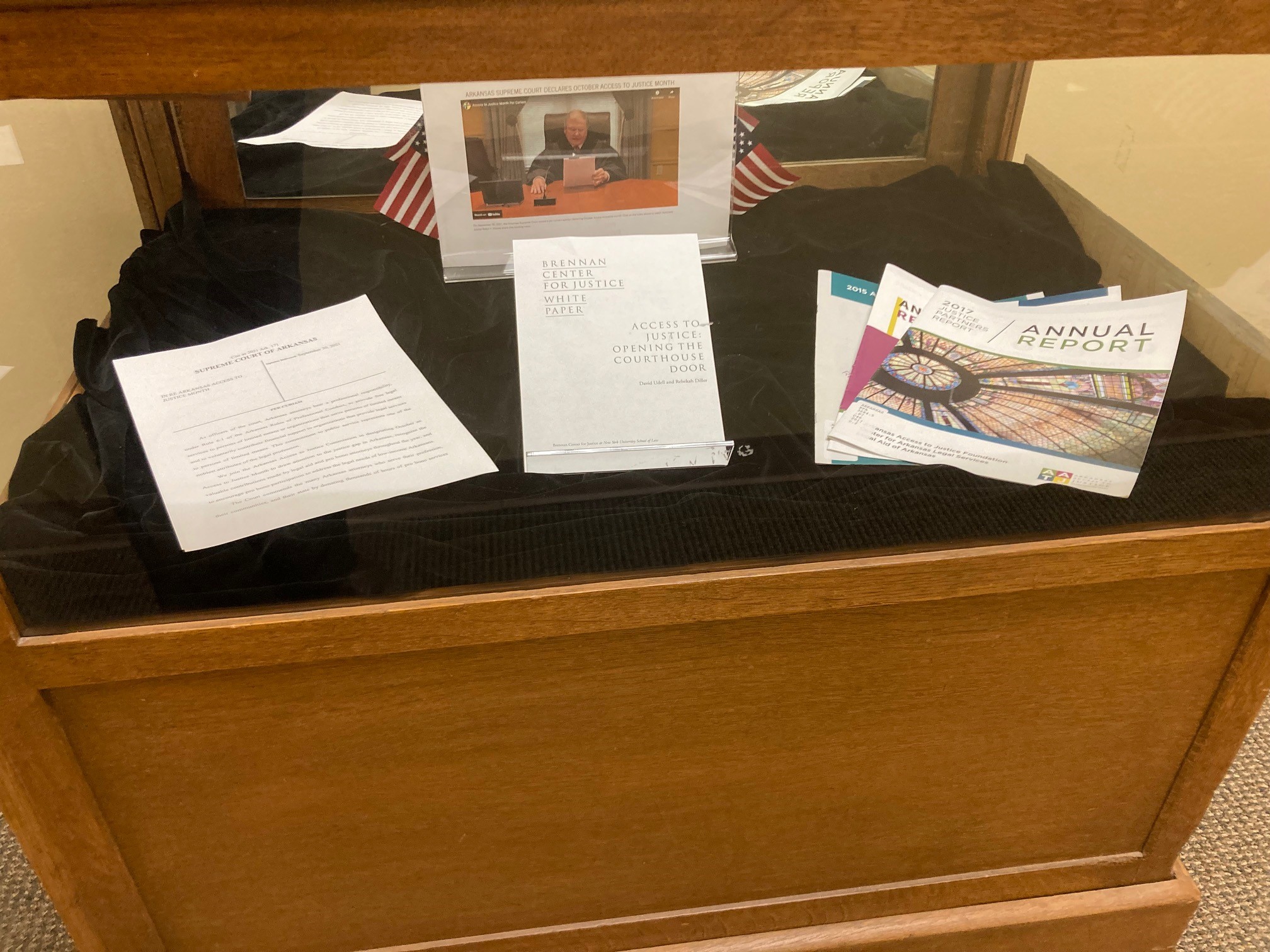 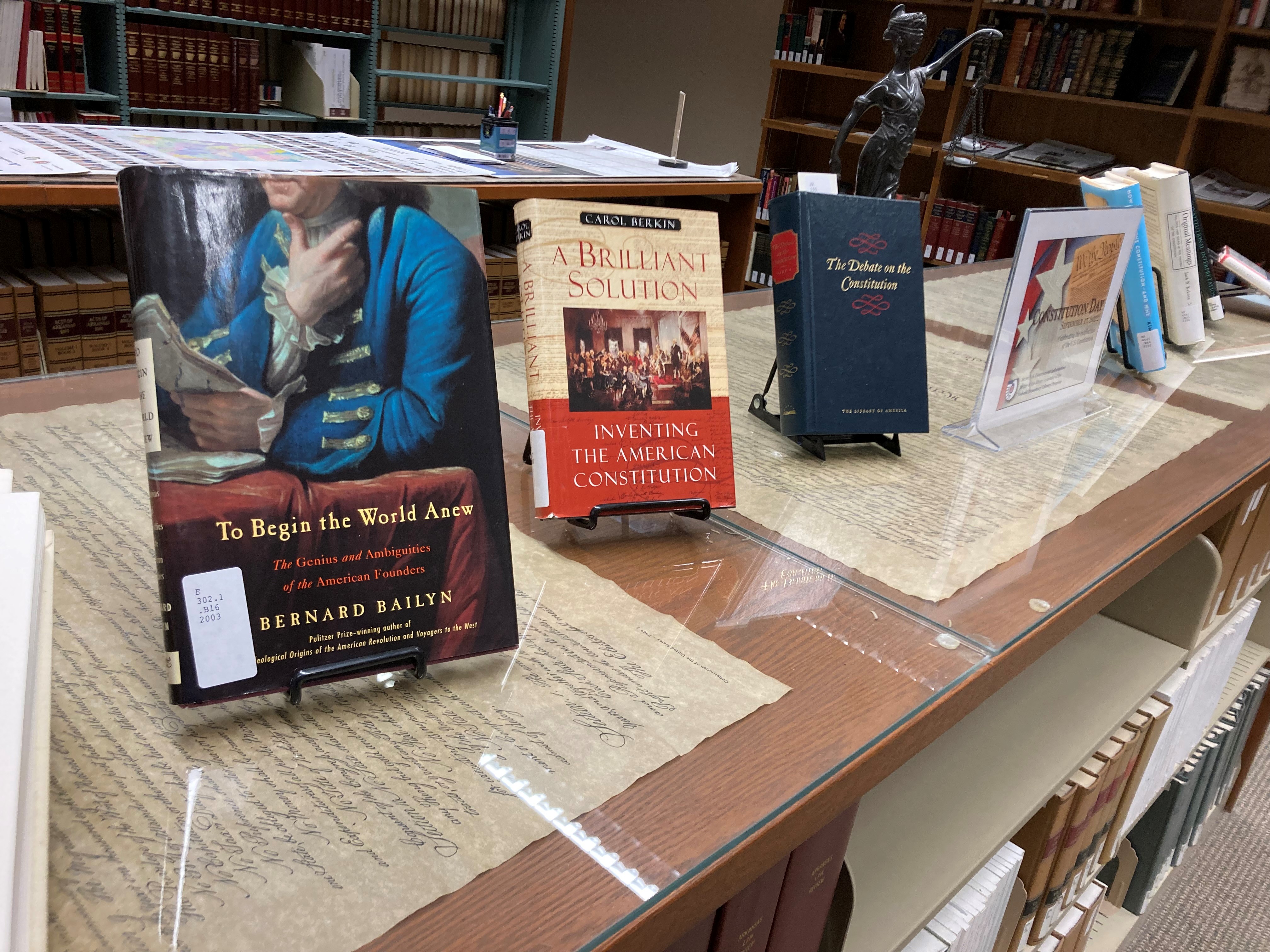 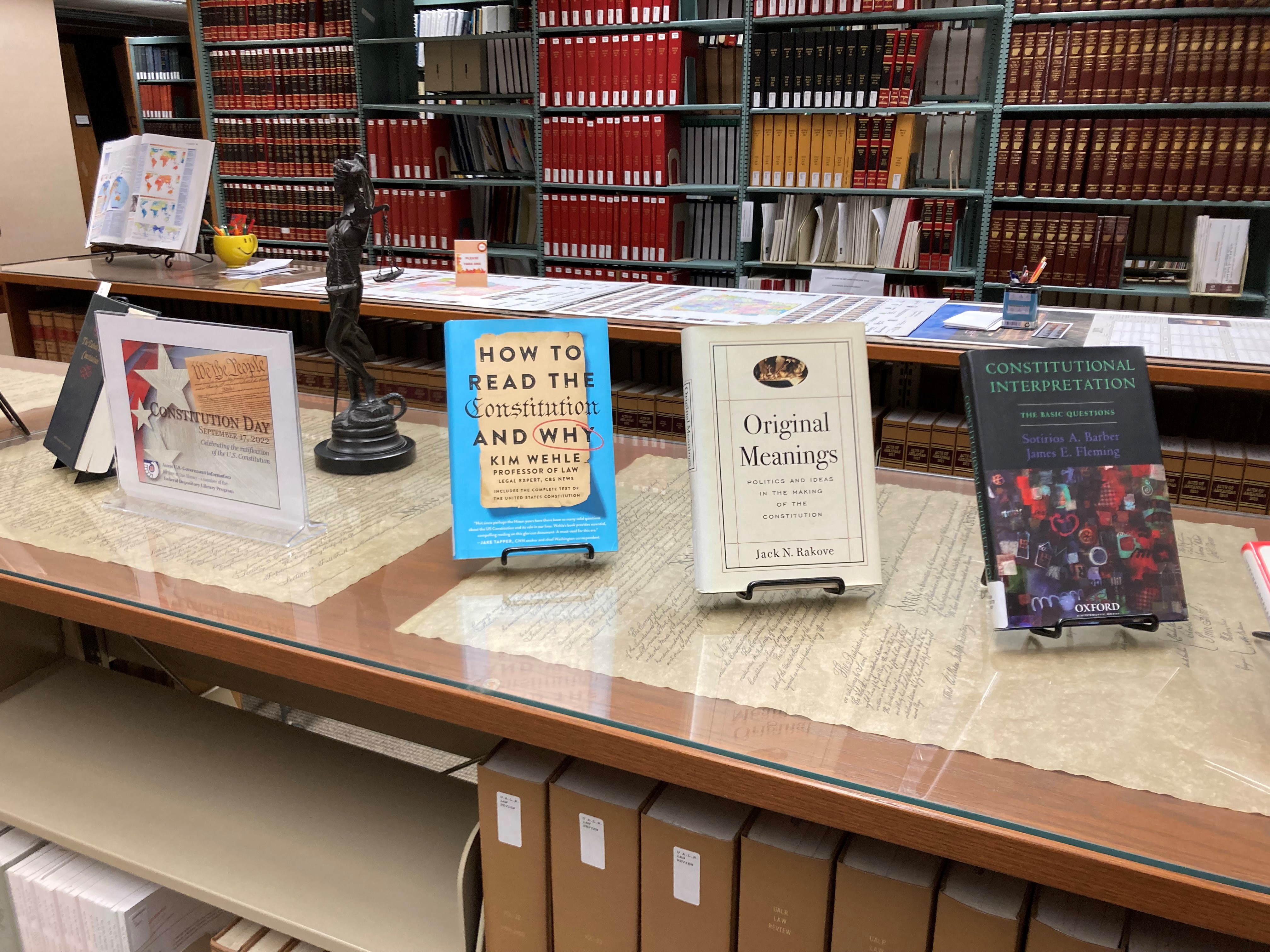 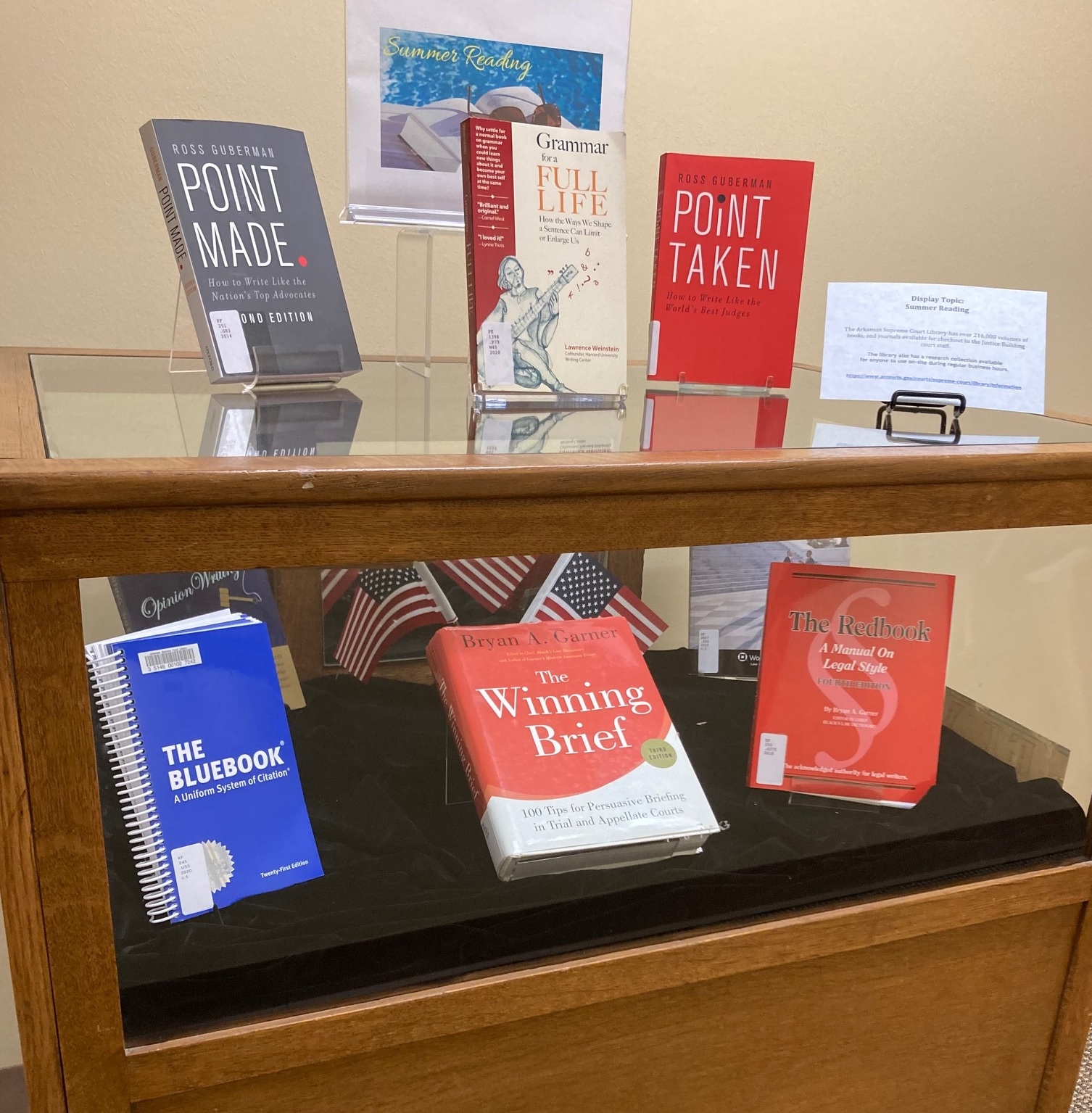 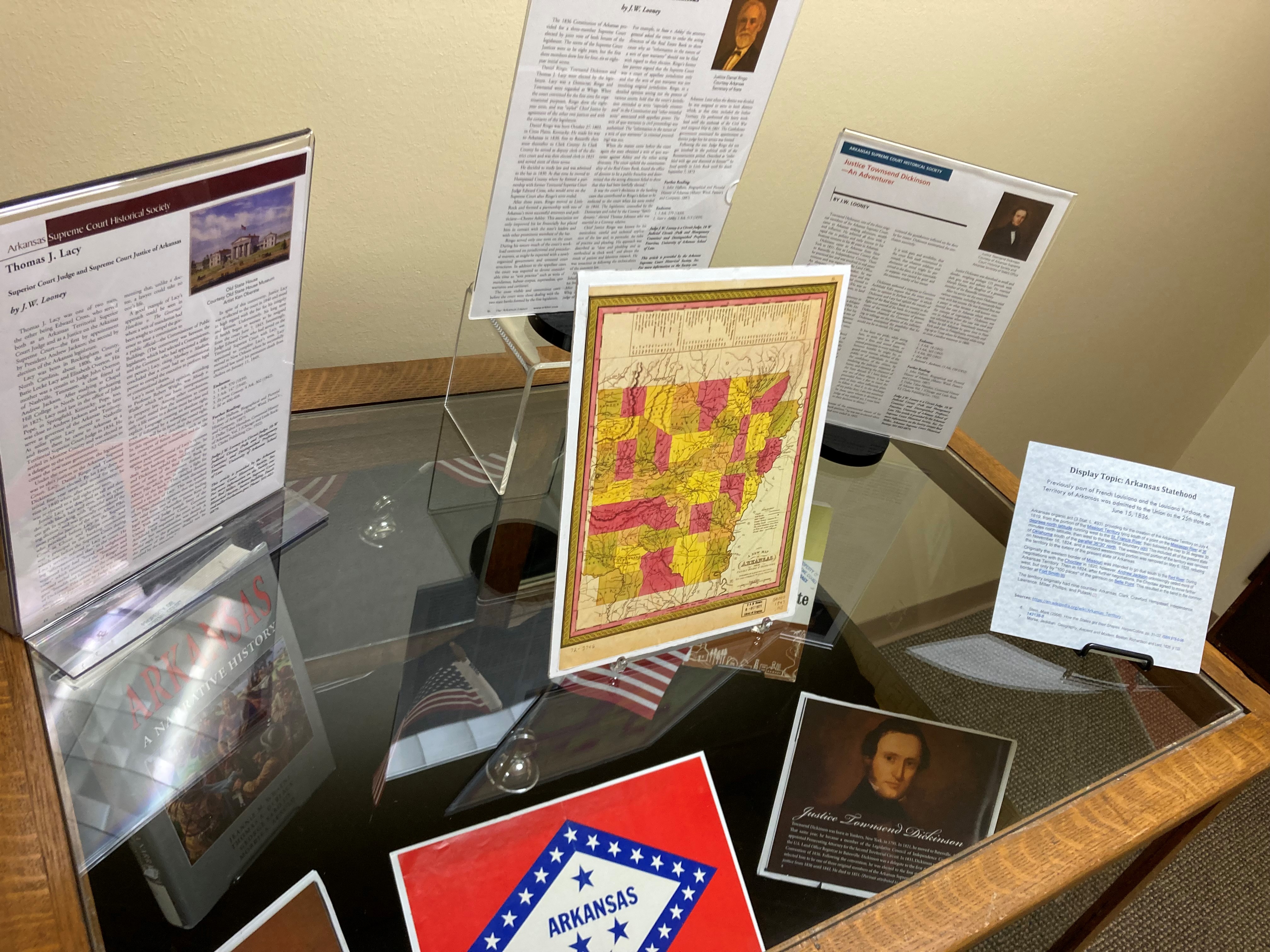 
Previously part of French Louisiana and the Louisiana Purchase, the Territory of Arkansas was admitted to the Union as the 25th state on June 15, 1836.

Arkansas organic act (3 Stat. L. 493), providing for the creation of the Arkansaw Territory on July 4, 1819, from the portion of the Missouri Territory lying south of a point on the Mississippi River at 36 degrees north latitude running west to the St. Francis River, then followed the river to 36 degrees 30 minutes north latitude, then west to the territorial boundary.[4][5] This included all of the present state of Oklahoma south of the parallel 36°30' north. The westernmost portion of the territory was removed on November 15, 1824, and a second westernmost portion was removed on May 6, 1828, reducing the territory to the extent of the present state of Arkansas.

Originally the western border of Missouri was intended to go due south to the Red River. During negotiations with the Choctaw in 1820, however, Andrew Jackson unknowingly ceded more of Arkansas Territory. Then in 1824, after further negotiations, the Choctaw agreed to move farther west, but only by "100 paces" of the garrison on Belle Point. This resulted in the bend in the common border at Fort Smith.[6] 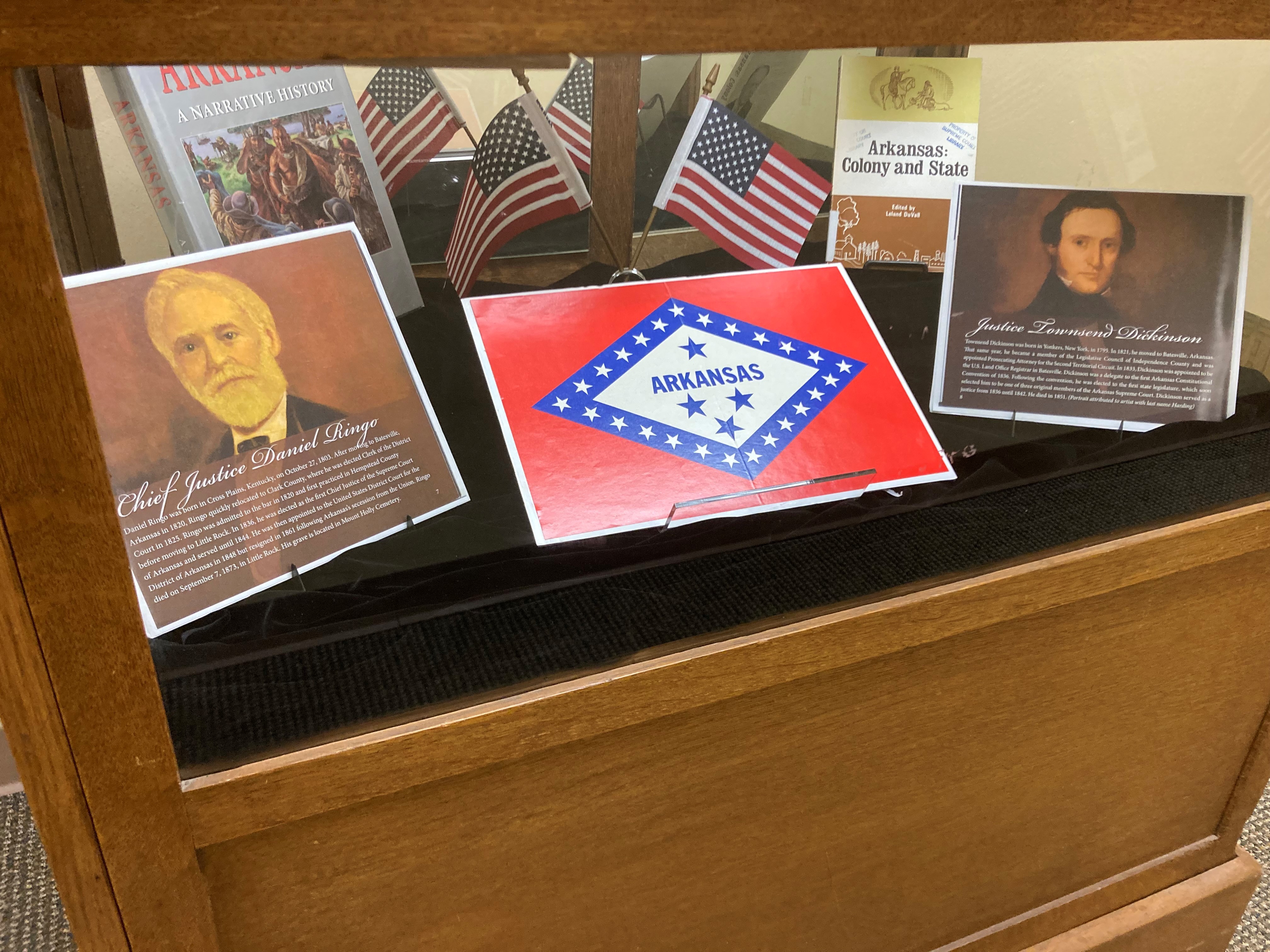 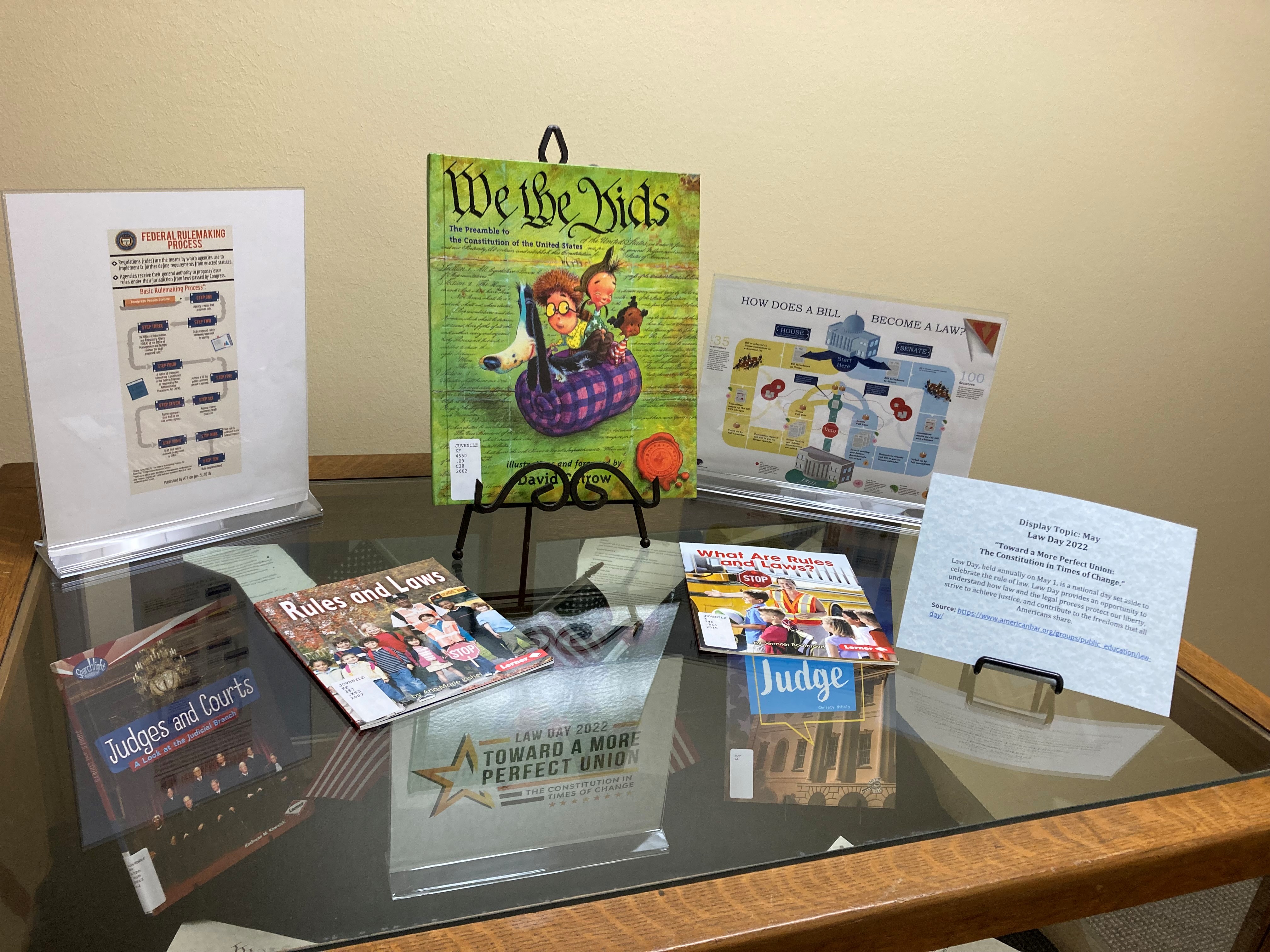 “Toward a More Perfect Union:
The Constitution in Times of Change.”

Law Day, held annually on May 1, is a national day set aside to celebrate the rule of law. Law Day provides an opportunity to understand how law and the legal process protect our liberty,
strive to achieve justice, and contribute to the freedoms that all Americans share. 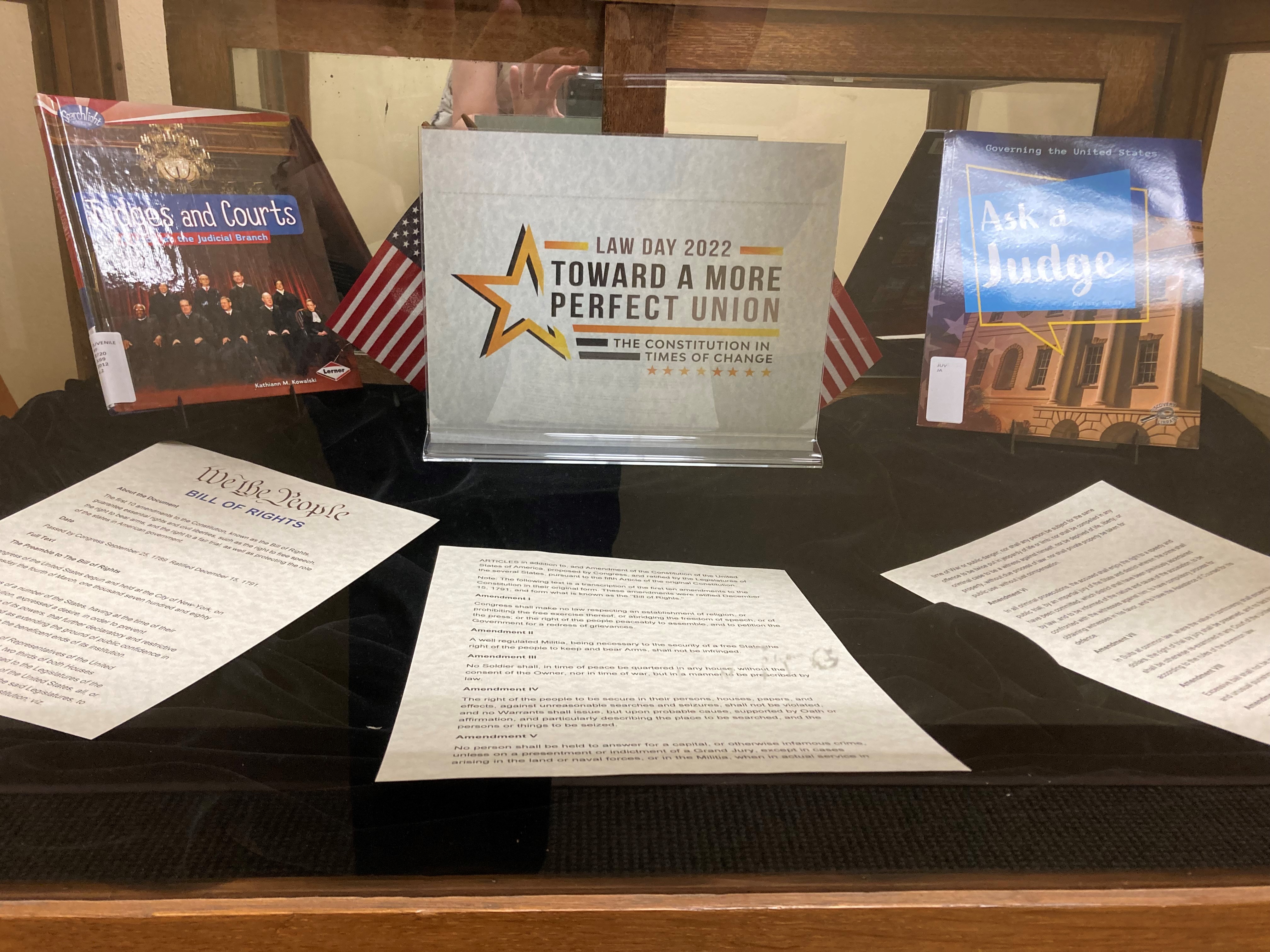 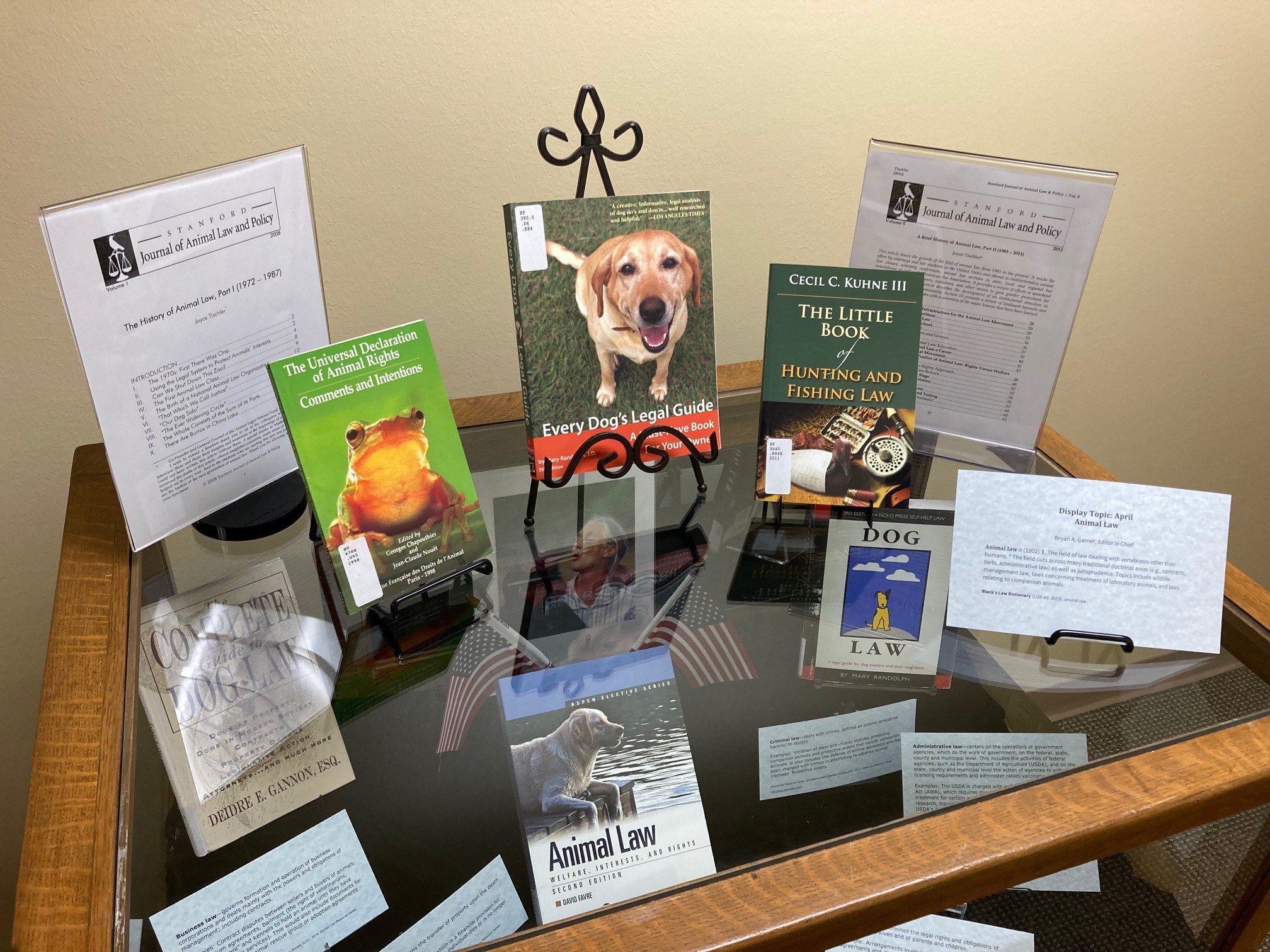 Bryan A. Garner, Editor in Chief


Animal law n (1902) 1. The field of law dealing with vertebrates other than humans. * The field cuts across many traditional doctrinal areas (e.g., contracts, torts, administrative law) as well as jurisprudence. Topics include wildlife-management law, laws concerning treatment of laboratory animals, and laws relating to companion animals. 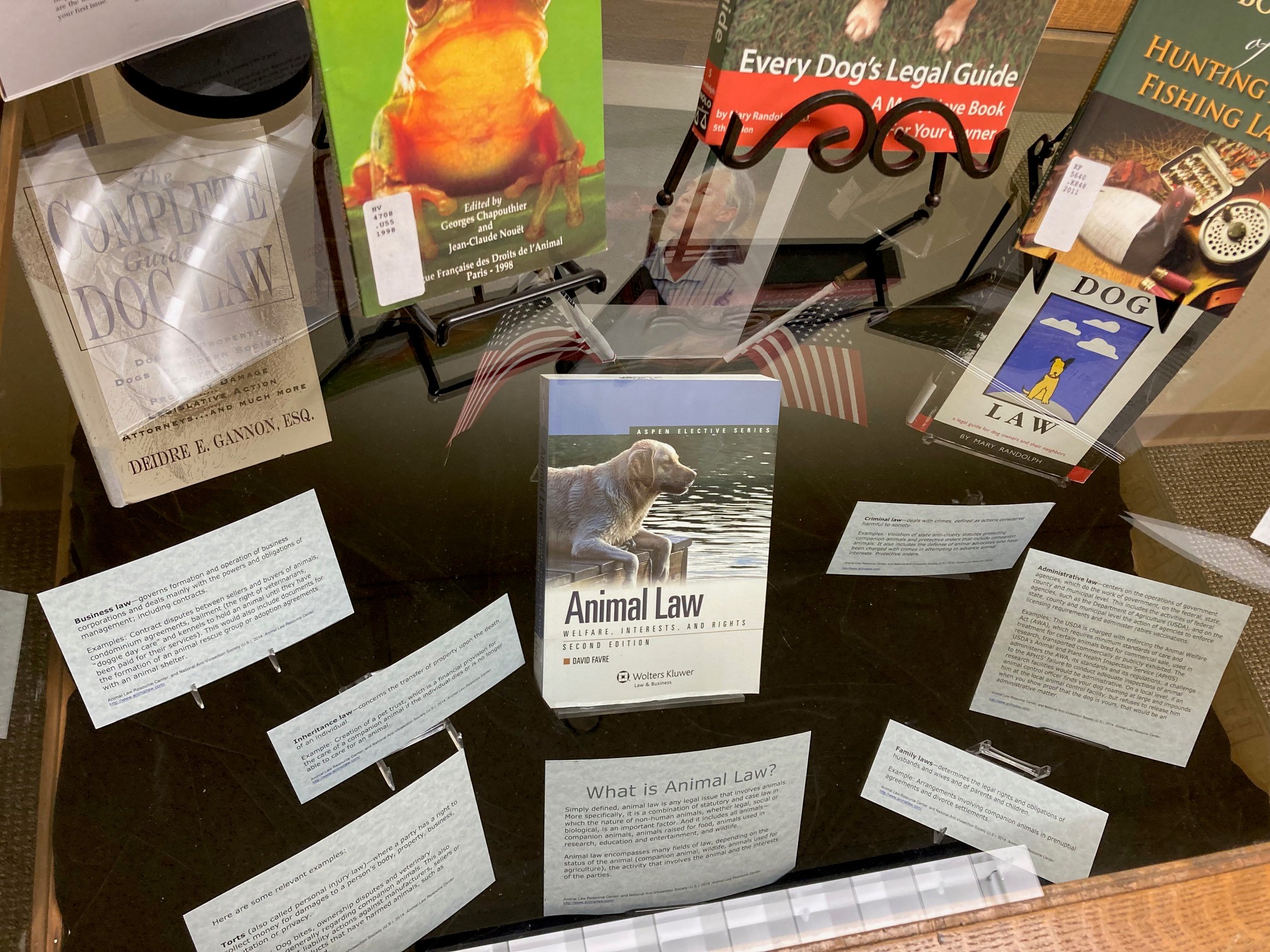 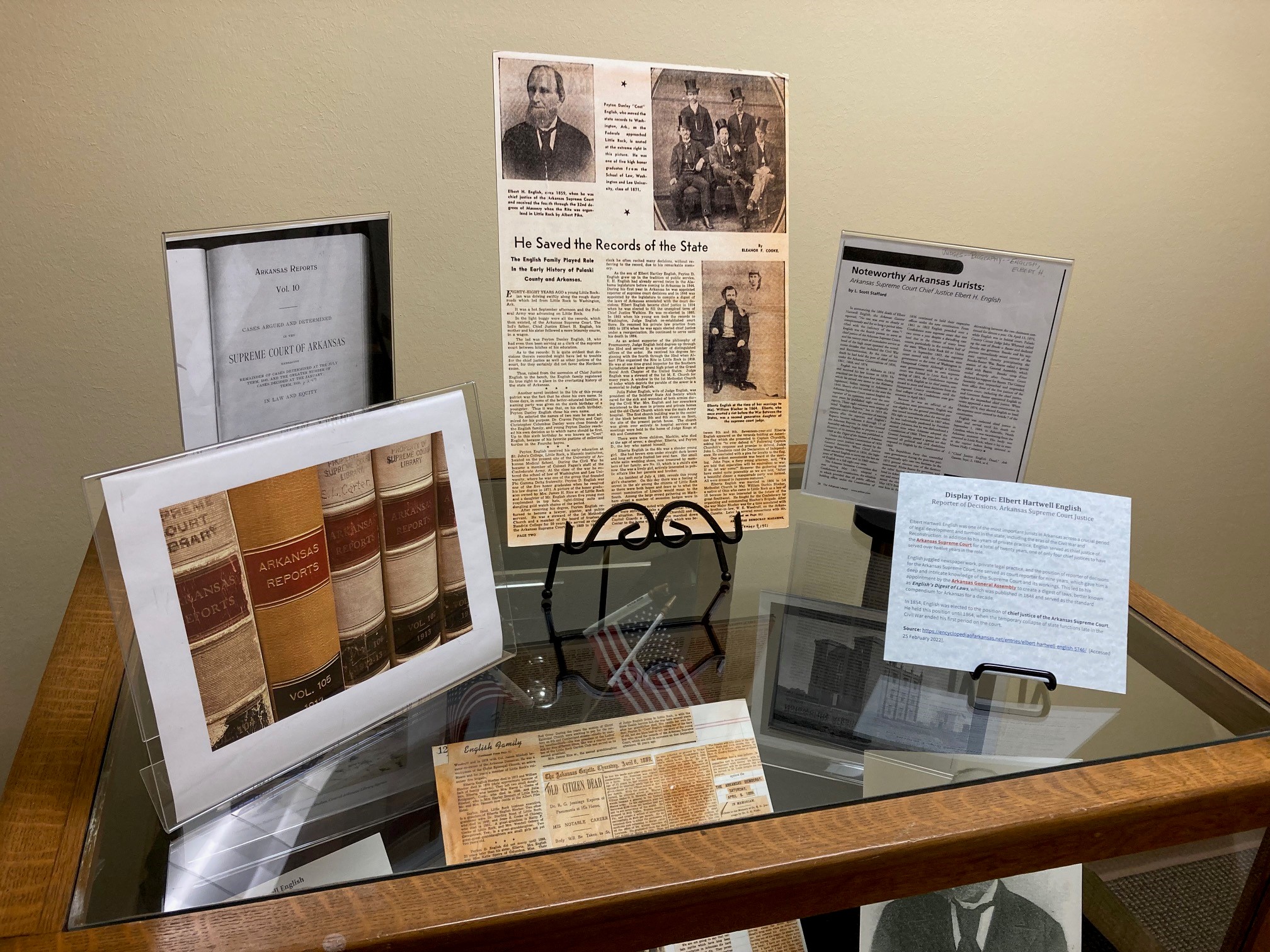 Elbert Hartwell English was one of the most important jurists in Arkansas across a crucial period of legal development and turmoil in the state, including the eras of the Civil War and Reconstruction. In addition to his years of private practice, English served as chief justice of the Arkansas Supreme Court for a total of twenty years, one of only four chief justices to have served over twelve years in the role.

English juggled newspaper work, private legal practice, and the position of reporter of decisions for the Arkansas Supreme Court. He served as court reporter for nine years, which gave him a deep and intricate knowledge of the Supreme Court and its workings. This led to his appointment by the Arkansas General Assembly to create a digest of laws, better known as English’s Digest of Laws, which was published in 1848 and served as the standard compendium for Arkansas for a decade.

In 1854, English was elected to the position of chief justice of the Arkansas Supreme Court. He held this position until 1864, when the temporary collapse of state functions late in the Civil War ended his first period on the court. 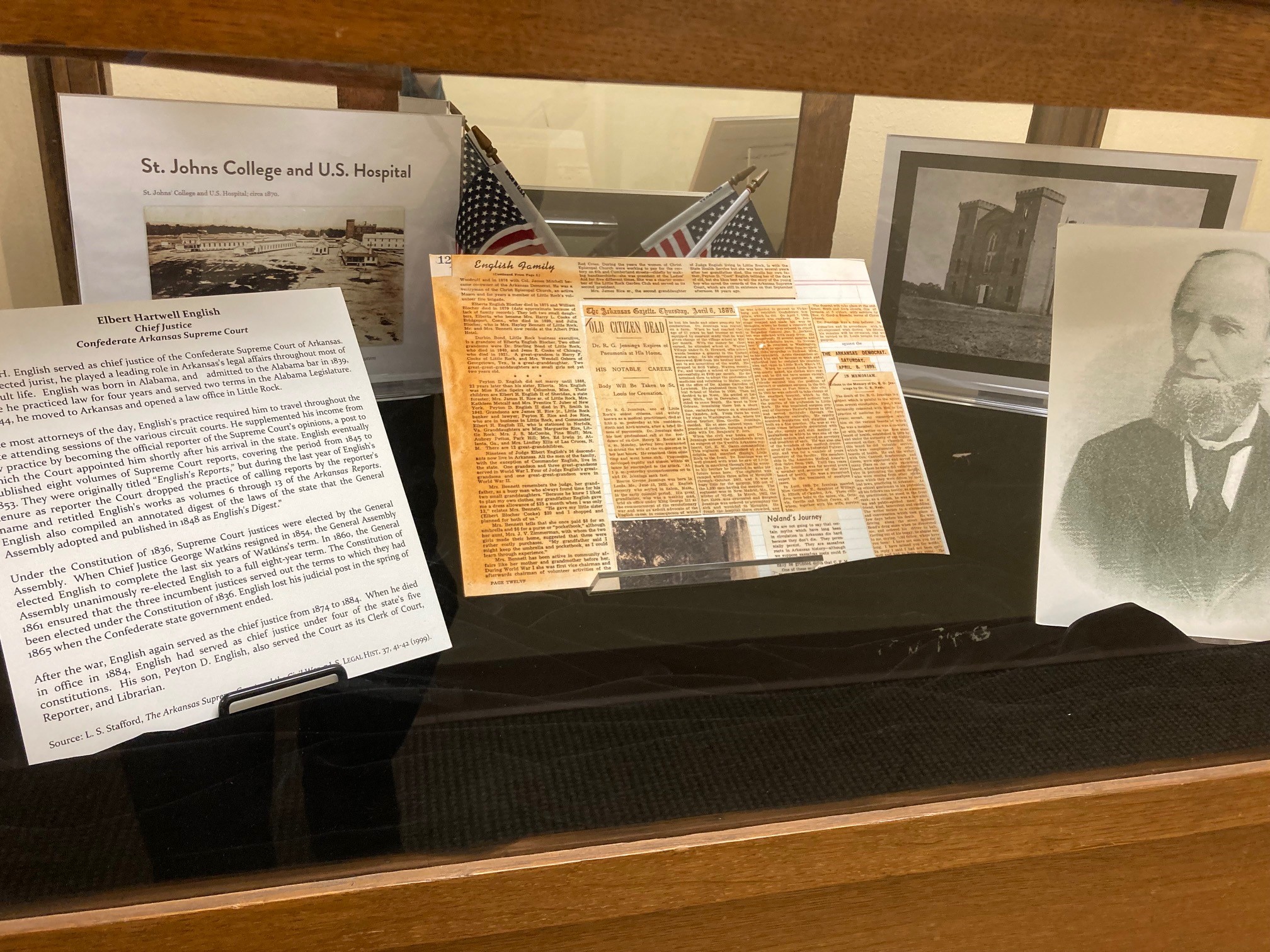 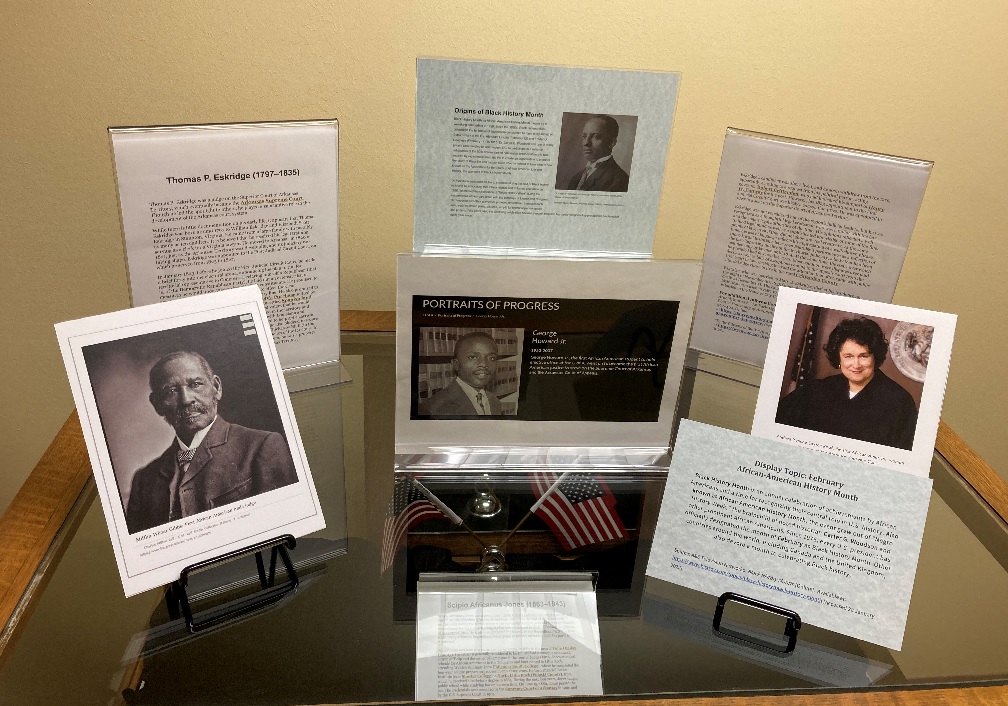 Black History Month is an annual celebration of achievements by African Americans and a time for recognizing their central role in U.S. history. Also known as African American History Month, the event grew out of “Negro History Week,” the brainchild of noted historian Carter G. Woodson and other prominent African Americans. Since 1976, every U.S. president has officially designated the month of February as Black History Month. Other countries around the world, including Canada and the United Kingdom, also devote a month to celebrating Black history. 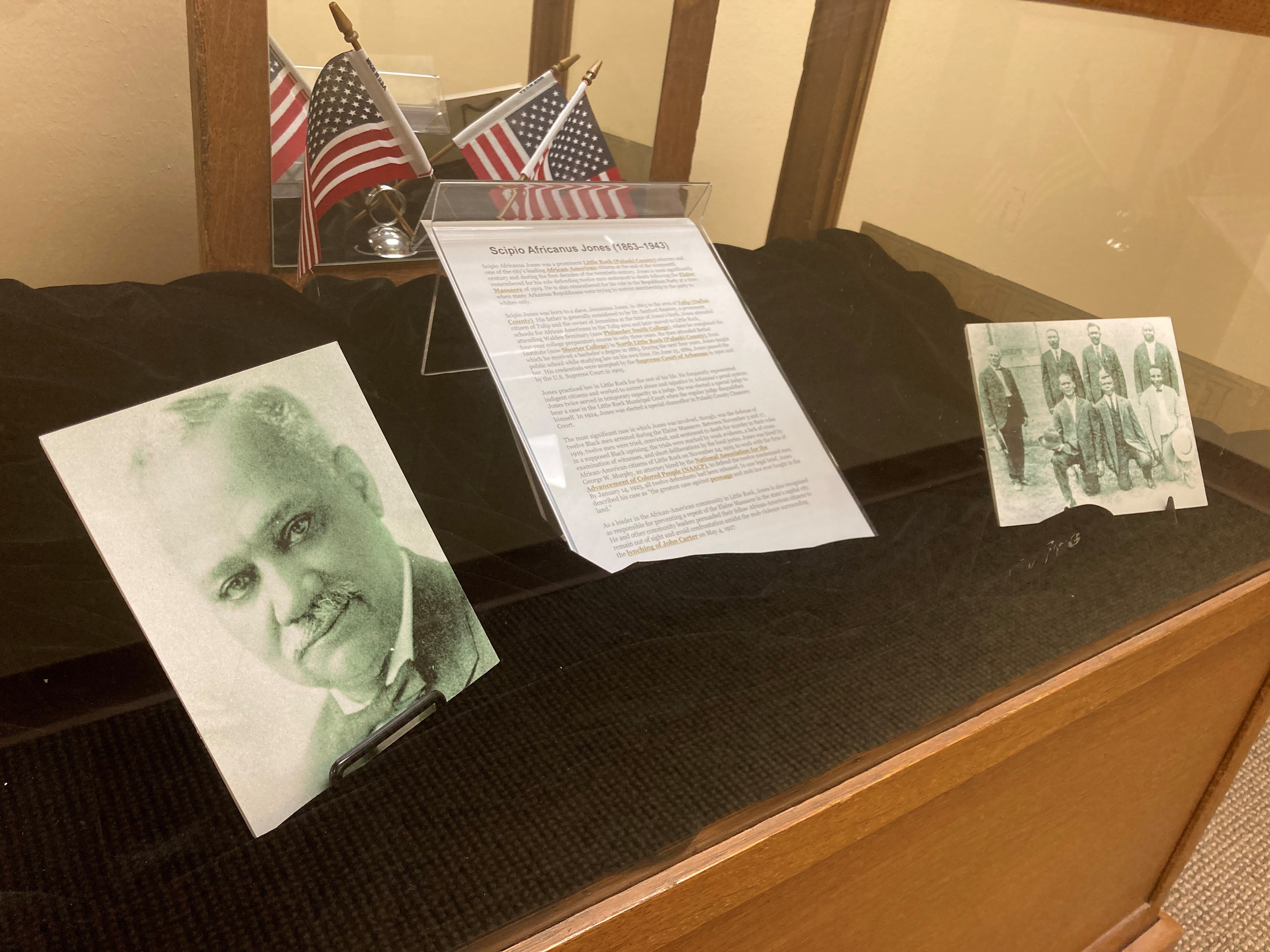 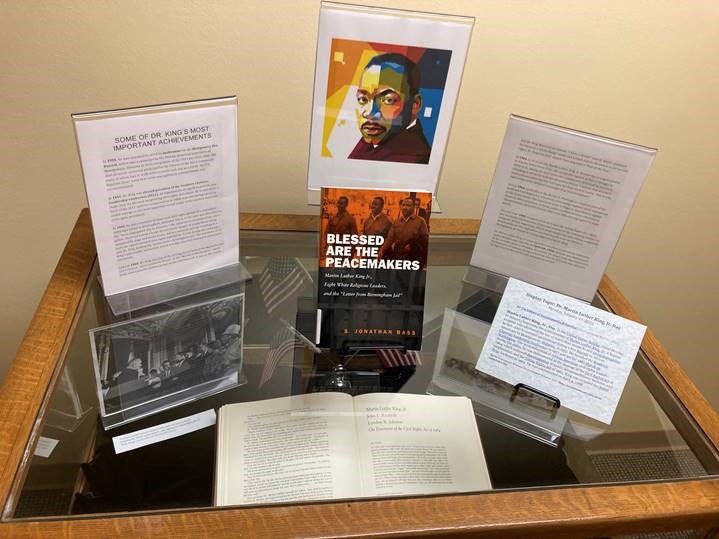 
Martin Luther King, Jr., Day, in the United States, holiday (third Monday in January) honoring the achievements of Martin Luther King, Jr. A Baptist minister who advocated the use of nonviolent means to end racial segregation, he first came to national prominence during a bus boycott by African Americans in Montgomery, Alabama, in 1955. He founded the Southern Christian Leadership Conference in 1957 and led the 1963 March on Washington. The most influential of African American civil rights leaders during the 1960s, he was instrumental in the passage of the Civil Rights Act of 1964, which outlawed discrimination in public accommodations, facilities, and employment, and the Voting Rights Act of 1965. King was awarded the Nobel Prize for Peace in 1964. He was assassinated on April 4, 1968. 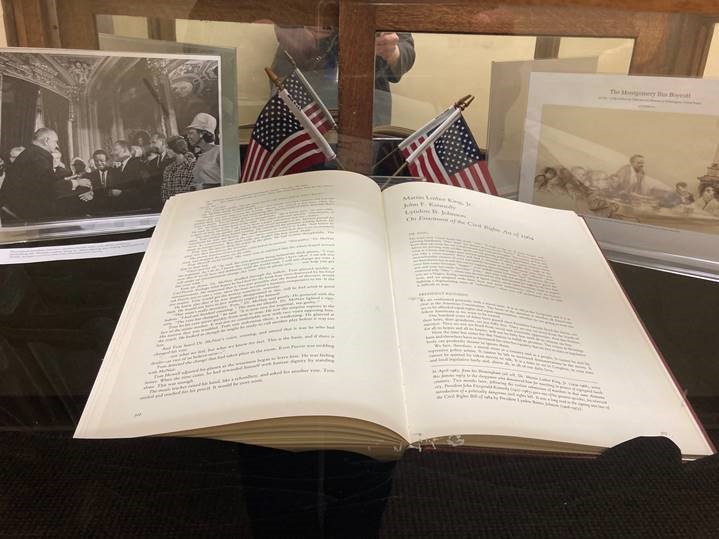 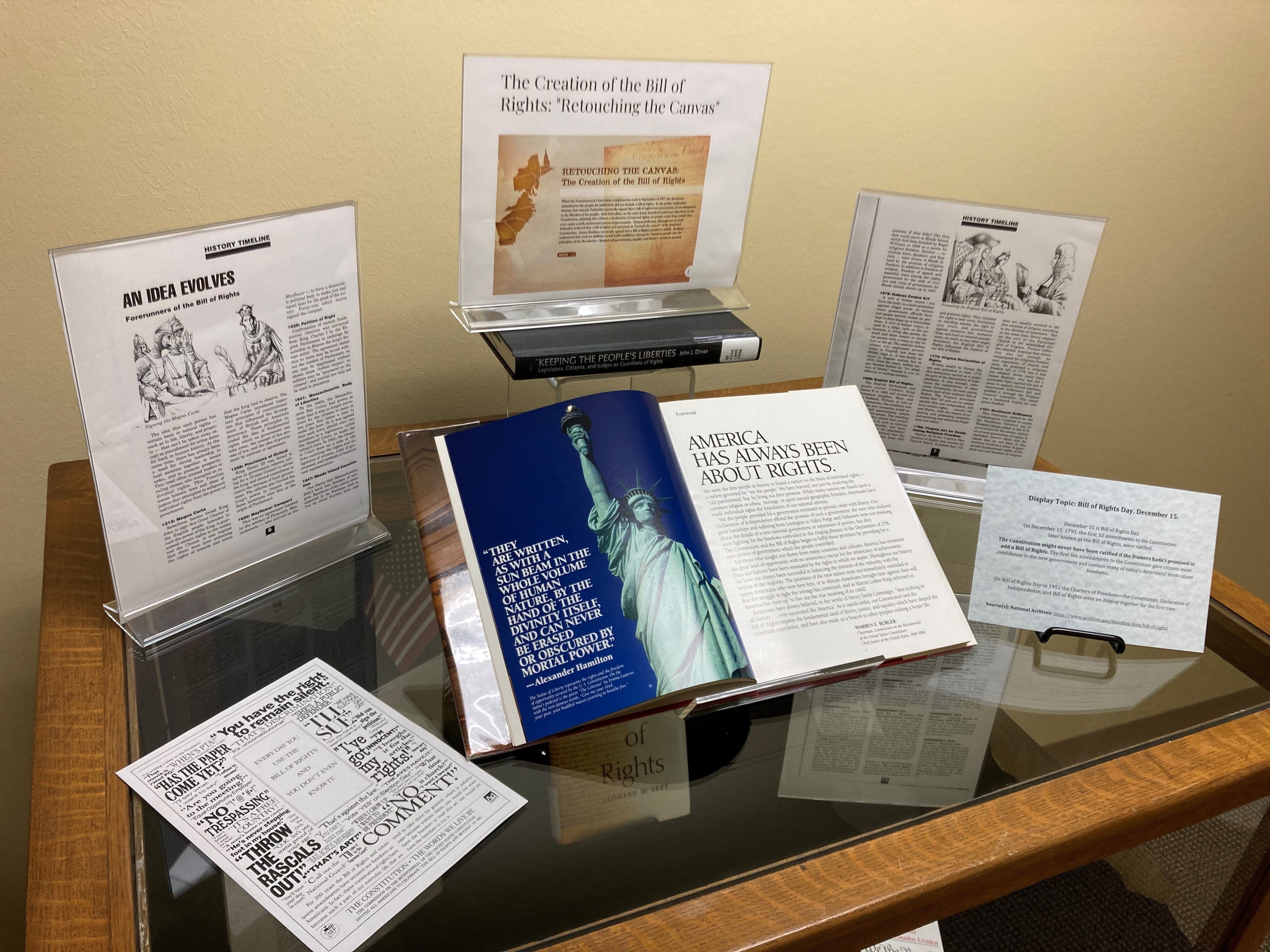 Location: North Hall Library Entrance. December 15th is Bill of Rights Day. On December 15, 1791, the first 10 amendments to the Constitution, later known as the Bill of Rights, were ratified.

The Constitution might never have been ratified if the framers hadn't promised to add a Bill of Rights. The first ten amendments to the Constitution gave citizens more confidence in the new government and contain many of today's Americans' most valued freedoms.

On Bill of Rights Day in 1952 the Charters of Freedom--the Constitution, Declaration of Independence, and Bill of Rights went on display together for the first time. 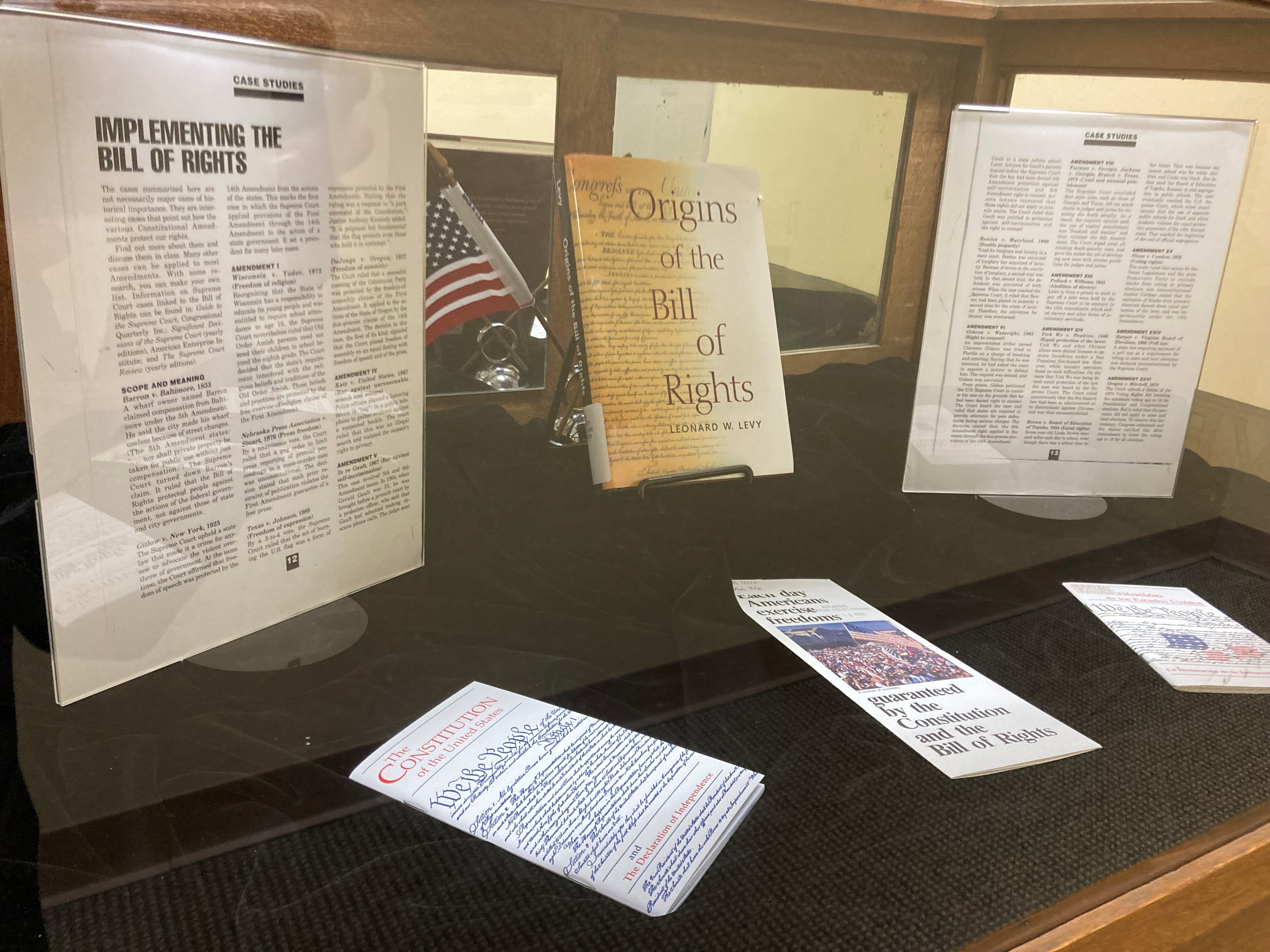 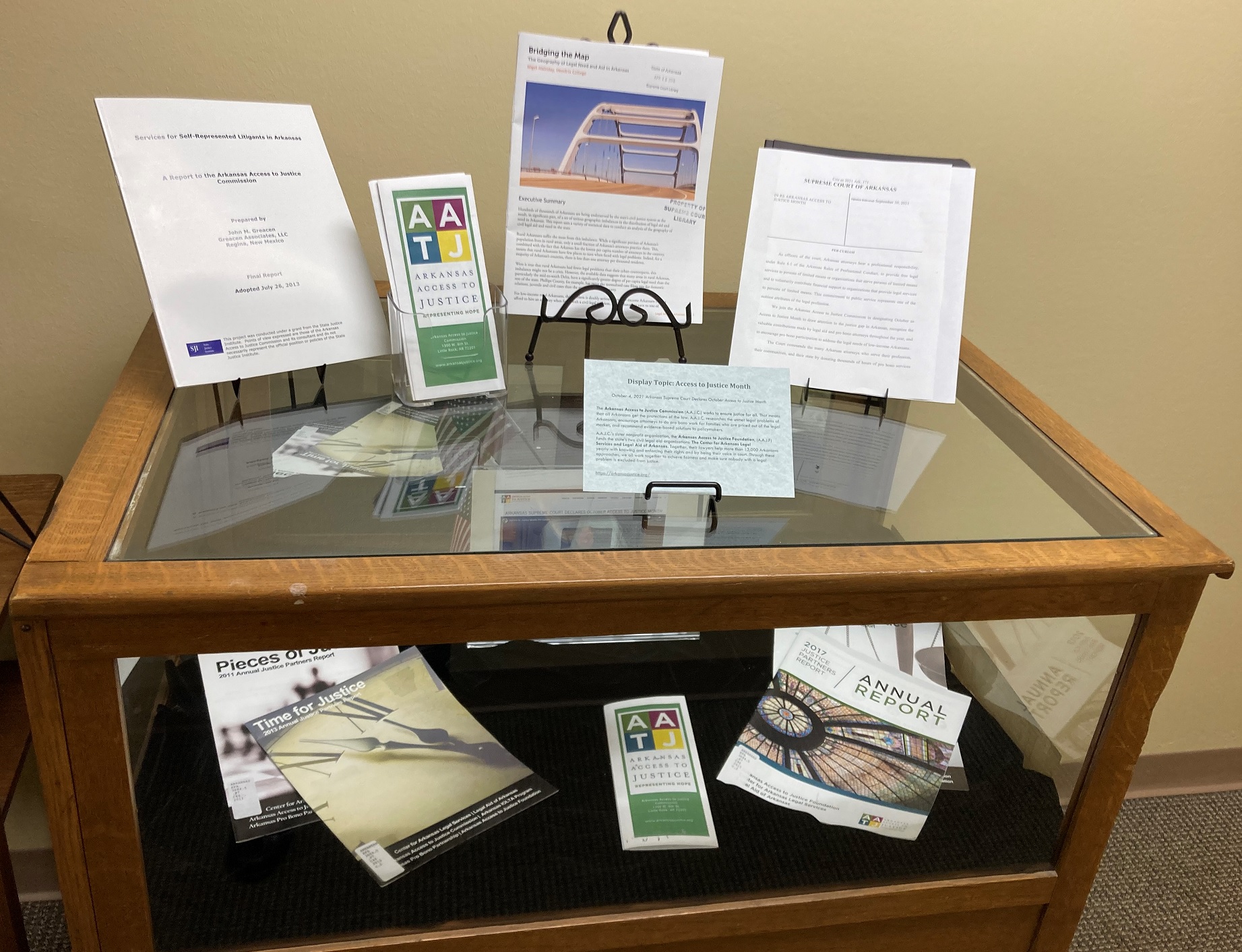 Location: North Hall Library Entrance. Access to Justice Month. The Arkansas Access to justice Commission (A.A.J.C.) works to ensure justice for all. That means that all Arkansans get the protections of the law. A.A.J.C. researches the unmet legal problems of Arkansans, encourage attorneys to do pro bono work for families who are priced out fo the legal market, and recommend evidence-based solutions to policymakers.

A.A.J.C.'s sister nonprofit organization, the Arkansas Access to Justice Foundation, (A.A.J.F.) funds the state's two civil legal aid organizations: The Center for Arkansas Legal Services and Legal Aid of Arkansas. Together, their lawyers help more than 13,000 Arkansans yearly with knowing and enforcing their rights and by being their voice in court. Through these approaches we all work together to achieve fairness and make sure nobody with a legal problem is excluded from justice. 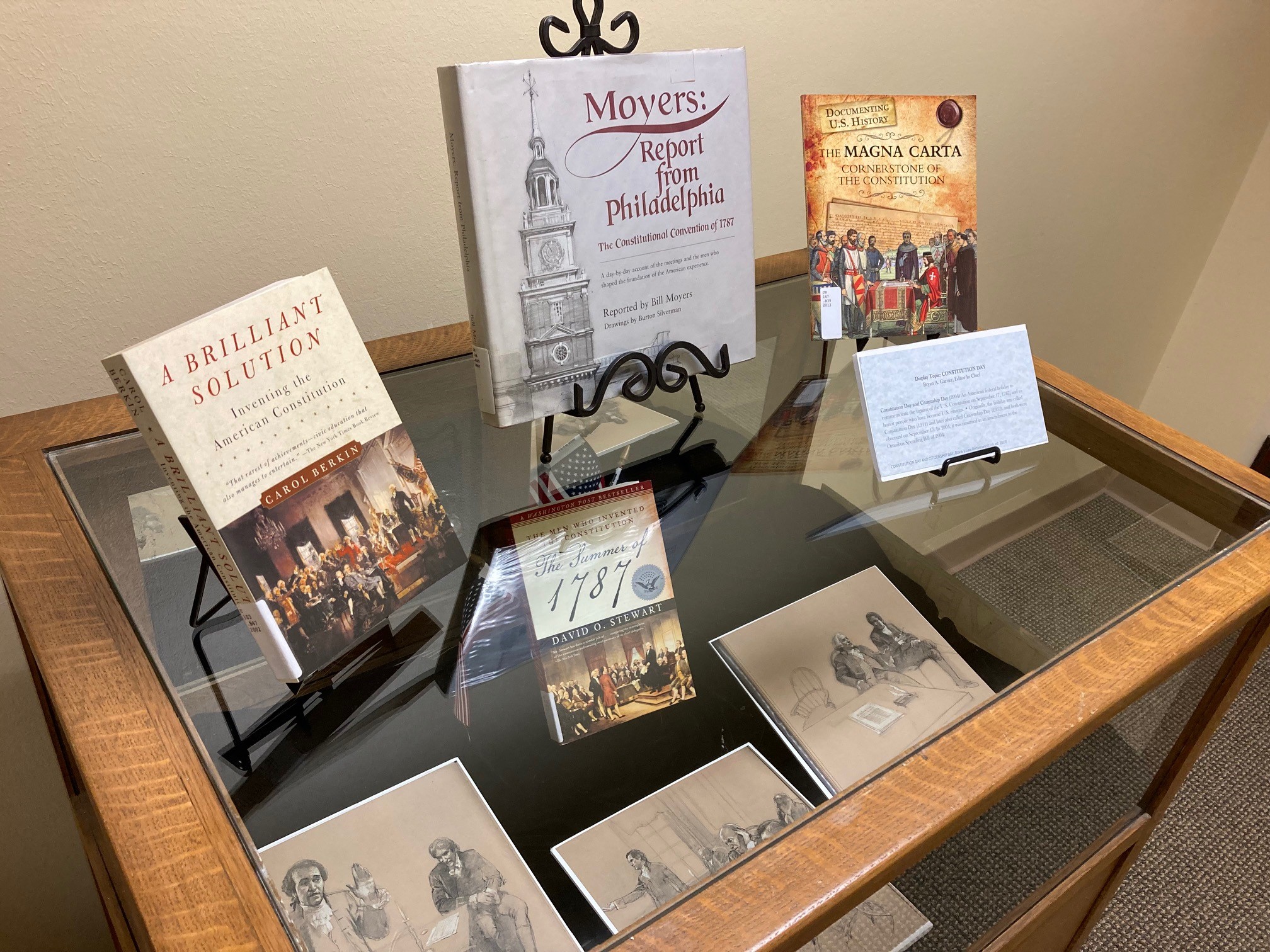 Location: North Hall Library Entrance. Constitution Day commemorates the formation and signing of the U.S. Constitution by thirty-nine brave men on September 17, 1787, recognizing all who are born in the U.S. or by naturalization, have become citizens. 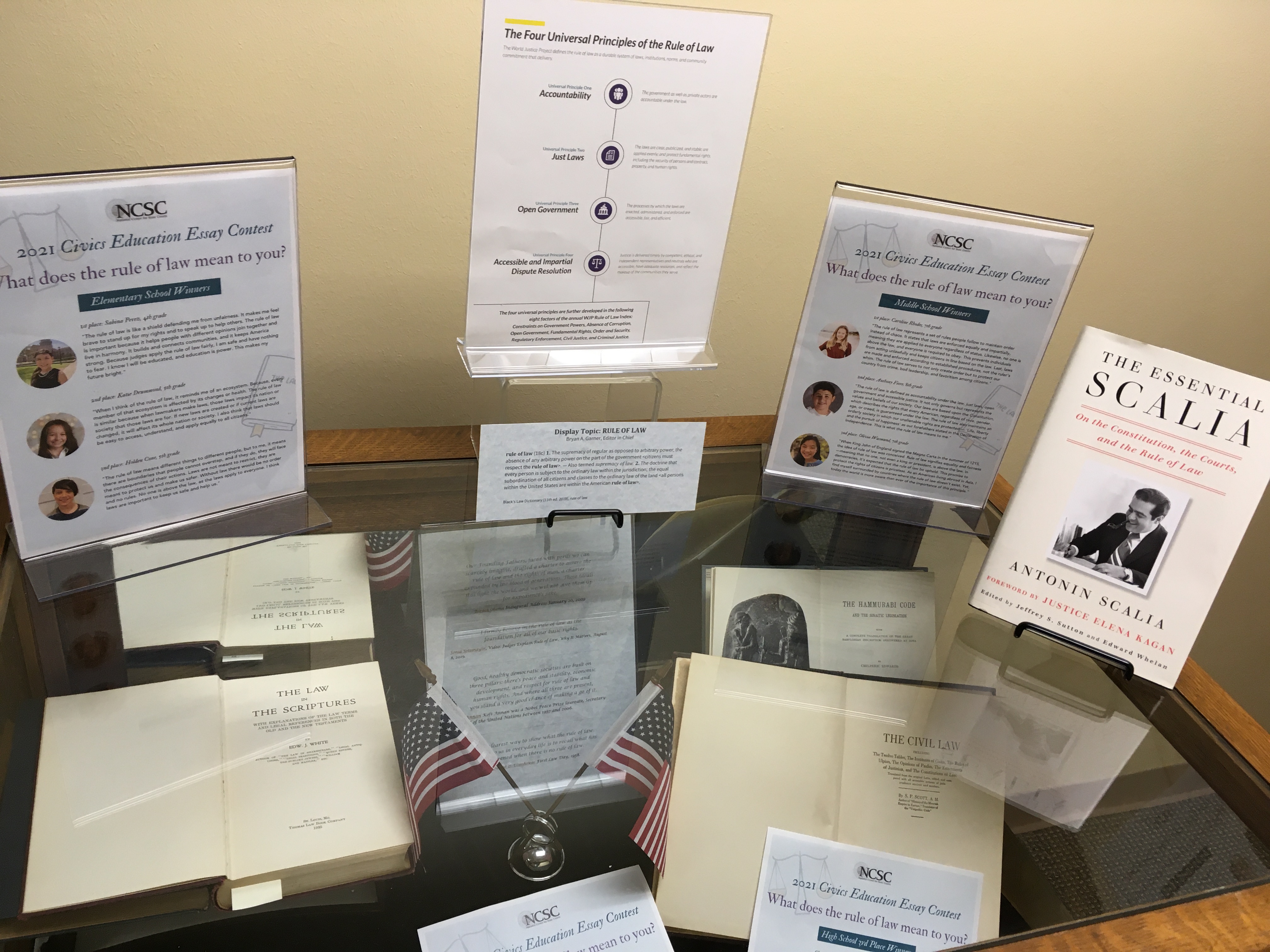